The combination of Burdock root, dandelion root, licorice root and red clover is perfect for detoxifying and strengthening your blood and liver amongst other benefits.

Each individual herb has many strengths but together they for a super power.

Licorice root is incredible for detoxifying the body — it can remove over twelve hundred toxins. The root is included in many Chinese herbal formulas because of its ability enhance the effects of the other herbs while also reducing negative side effects.his herb can treat many ailments and reduce the toxicity of other herbs, which makes it a perfect addition to a herb formula. Licorice root holds the formula together, binding it to be delivered to the body in the most effective form.

Dandelion root is one of the best herbs available for a liver cleanse. Dandelion root helps the liver flush out toxins and makes it easier for the liver to digest food. It also promotes healing.

Red clover is an important alterative herb – which means, in this case, that it stimulates the lymphatic system and helps improve the quality of the blood. … All that adds up to a sluggish lymphatic state – which is why you need red clover! It can keep things flowing much more freely so your system doesn’t gum up. 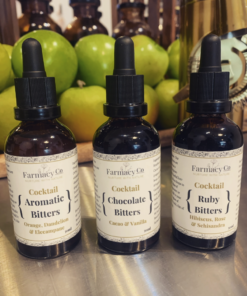 Bitters are not only amazing digestives, made with bitter roots, herbs and spices steeped in alcohol to infuse the botanicals. They are the perfect addition to a cocktail or mocktail. We've carefully blended 3 bespoke bitters each with different flavours for whatever suits your mood. Chocolate Bitters ~ Organic Cacao nibs, vanilla bean and Gentian root perfect to add a little extra something to your espresso martini or an affogato. Aromatic Bitters ~ Bring new meaning to your Lemon, Lime and Bitters or an Old Fashioned with this aromatic digestive bitter blended with Orange, Elecampane and Toasted Dandelion Root. Ruby Bitters ~ A special blend of Schisandra, Rose and Hibiscus this delicious mix is perfect to add a little zoom to a Virgin Mary or a Negroni. 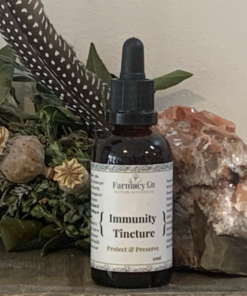 Our tincture of alcohol extracted organic Echinacea and Andrographis are the perfect combination to help boost immunity and encourage recovery from cold and flu symptoms. Andrographis & Echinacea Tincture as a bitter tonic for indigestion. • Long used in Chinese medicine for digestive complaints as well as flu, cough, and sore throat • Immune-stimulating anti-infective remedy • Used as well for the common cold and upper respiratory infections It’s also an excellent way to shorten the course of your cold. 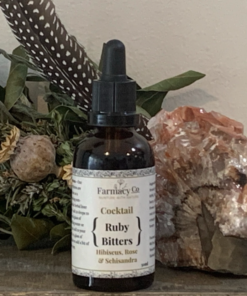 Ruby bitters are as the name suggests a deep ruby colour, this is from the addition of Schisandra, Hibiscus and Rose petals in the extraction process. 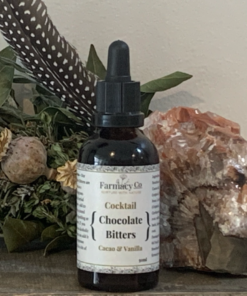 If you want to make your espresso martini that extra bit special, then you've hit the jackpot with this particular bitters. Organic Cacao nibs, Gentian root and wild cherry bark extracted in a high quality grain alcohol with a few other secret spices give this digestive bitters it's sparkle. The potent anti-inflammatory and antioxidant properties of cacao nibs may have a positive impact on immune health. 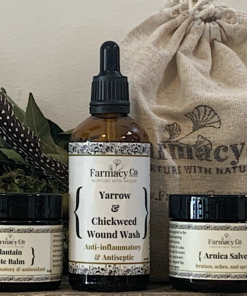 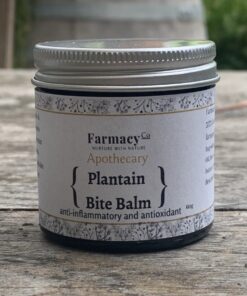 Perfect First Aid kit to either keep in the car or at home, everything you need for Bites, Bruises, Cuts and Scrapes. {Yarrow and Chickweed Wound Wash} {Plantain Bite Balm} {Arnica Salve} 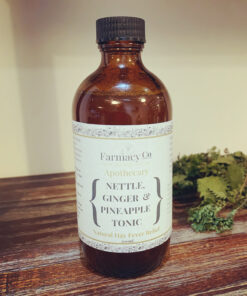 A tonic to help relieve hay fever symptoms with natural ingredients, wild foraged stinging nettle, pineapple, ginger, raw honey and apple cider vinegar. Ginger is a histamine blocker or antihistamine but is also great for the immune system. Nettle leaf (Urtica dioica folia) also known as stinging nettles and Quercetin, are two supplements that can make a world of a difference in fending off your allergies. Pineapple is a rich source of bromelain, an enzyme that is known to fight inflammation to help reduce the swelling and irritation brought on by pollen and other seasonal allergen, also with strong systemic anti-inflammatory effects, which helps decrease mucosal inflammation and nasal congestion. 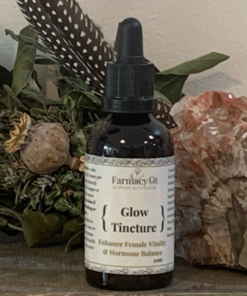 This formulation is designed to add a little glow to women of all ages, extraction of Shatavari and Vitex (Chaste berry) {50ml} 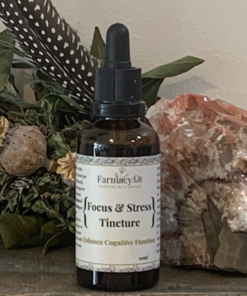